Akemi (played by singer MASUMI) was a child when almost her entire family was slaughtered. One relative managed to get her to safety. Now an adult, she feels somewhat adrift, lacking significant connection in her life. All that changes over the course of Yakuza Princess, which had its world premiere at the 2021 Fantasia International Film Festival. Insanely bloody yet not without substance, the movie offers high-octane action in a story about finding one's place in life.

She may be an orphan, but Akemi discovers that she's also the heiress to half of the Yakuza, the famed crime syndicate. Into her life comes Shiro (Jonathan Rhys Meyers), an injured man with amnesia. The police approach him about a sword that they claim was on him upon being found. He absconds with the weapon, taking it to an antique shop owner who reveals a surprising fact – it's a Muramasa, an ancient katana said to be infused with the souls of people killed by it. When he presents it to Akemi, it marks the start of her discovering the secrets of her family. The Yakuza wants it for themselves, placing her in grave danger.

Action in Yakuza Princess is photographed with what could only be described as brutal elegance. Akemi's sword is supposed to be sharper and more lethal than others, and the film doesn't shy away from showing the effects of that. Blood spurts onto the camera lens during the complex, expertly-choreographed fight sequences. Such graphic content is necessary, though, because it emphasizes what a violent world our heroine gets pulled into. Interesting use of color and light in these scenes creates an ambiance that adds to the impact.

Underlying that frenetic action lies a story about a young woman coming to terms with her past so that she can be on a good path for the future. The more Akemi learns about her family's troubled history, the more her identity is shaped. She has to decide what she stands for and, just as importantly, what she stands against. Delving into this sort of subject matter gives Yakuza Princess a reason to exist aside from the mayhem. Pictures of this type frequently rely on the age-old “You killed my [whatever], so now I must kill you!” plot. This one has a plot with more ambition.

Not everything works. MASUMI is fairly stiff as an actress, and there are intermittent times when the search for the sword by the various involved parties becomes slightly confusing. Yakuza Princess is nevertheless an action-packed pleasure that happily doesn't forsake human drama.

Magnet Releasing will release the film commercially in the U.S. on September 3rd.

Yakuza Princess is rated R for strong bloody violence, some language and graphic nudity. The running time is 1 hour and 51 minutes. 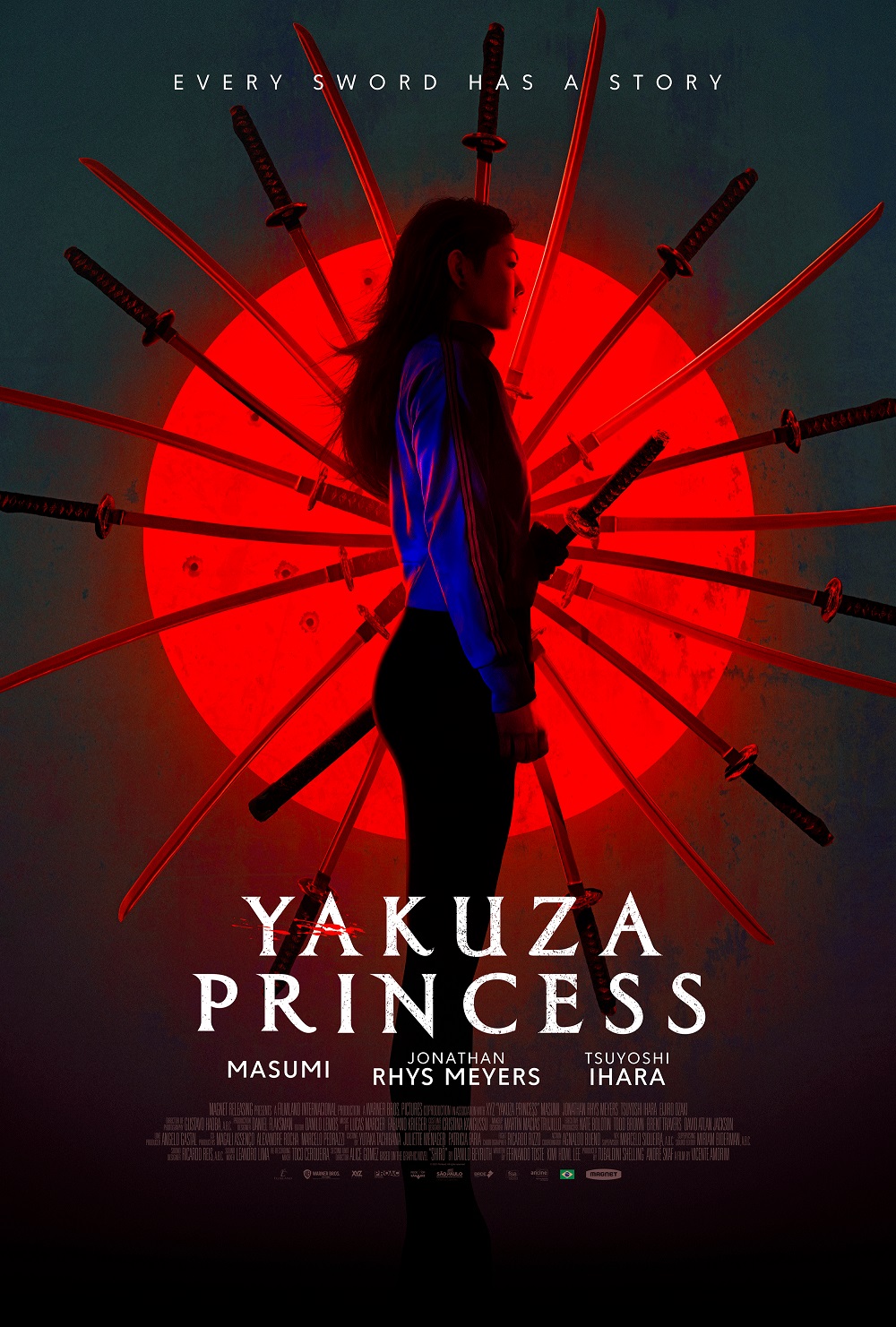