Hong Kong action movies are in a league all their own. They have a sensibility that's different from those made in America. Raging Fire is a good example. The film has shootouts, chases, and intense brawls, just like action pictures from our shores, yet it assembles them in completely different configurations. A thought-provoking story puts all the stylishly-crafted chaos into a context that keeps you absorbed.

Bong (Donnie Yen) is one of those cops who's been through hell and back on the job. Tough situations don't typically phase him. Nevertheless, he's stunned when an undercover mission is interrupted by a band of criminals. Their leader is Ngo (Nicholas Tse), Bong's former protégé. Ngo has a score to settle, having been sent to prison after Bong testified against him in court over a case of police brutality. He and his gang begin carrying out a series of crimes designed to lure Bong into danger. Thus begins a tense game of cat-and-mouse between the two men.

Raging Fire deals with relevant subject matter, specifically the idea that cops should protect each other when they screw up. Ngo assumes Bong will do that in court, then is surprised when it doesn't happen. Although he did the right thing, Bong still struggles with the knowledge that his testimony sent a talented, promising officer to jail. He's as much at war with himself as he is with Ngo.

Action scenes in the picture are numerous and thrilling. As is typical of Hong Kong fare, the sequences have multiple things going on simultaneously. People don't just throw punches, they do so while also falling out a window. Car chases are exacerbated by the inclusion of outside factors, as when Bong suddenly has to rescue a small child while simultaneously pursuing Ngo. There's even a bit involving a guy with a bomb strapped to his neck – and he's sent into a room full of kids. Raging Fire keeps adding levels to its violent mayhem, guaranteeing that it feels original despite relying on familiar elements.

As hardcore as the action is, the movie has a personal center that's just as important. Yen is excellent as the weary Bong, nicely capturing his ongoing efforts to behave admirably in a job that's filled with gray area. Tse radiates a sense of cool that perfectly contrasts what his co-star is doing. Ngo sees absolutely no gray area. He has his goal, is comfortable with any collateral damage it may inflict, and charges ahead full-speed. The dynamic between the characters is the heart of Raging Fire, infusing it with a human component that gives the action real weight.

A lot goes on in the movie. So much, in fact, that the plot becomes mildly confusing in spots. Some of the supporting characters are a little flat, too, which diminishes their impact. On its primary level, though, Raging Fire works extremely well. By the time Bong and Ngo square off in the no-holds-barred finale, it's hard not to have investment in the outcome. The movie has demonstrated how much hangs in the balance, so the climactic battle feels like a true fight between decency and immorality. Excitement comes on multiple levels in this tense cop drama.

Raging Fire is screening as part of the 2021 Fantasia International Film Festival. Well Go USA will release it commercially to theaters on August 13.

Raging Fire is unrated, but contains adult language and graphic violence. The running time is 2 hours and 6 minutes. 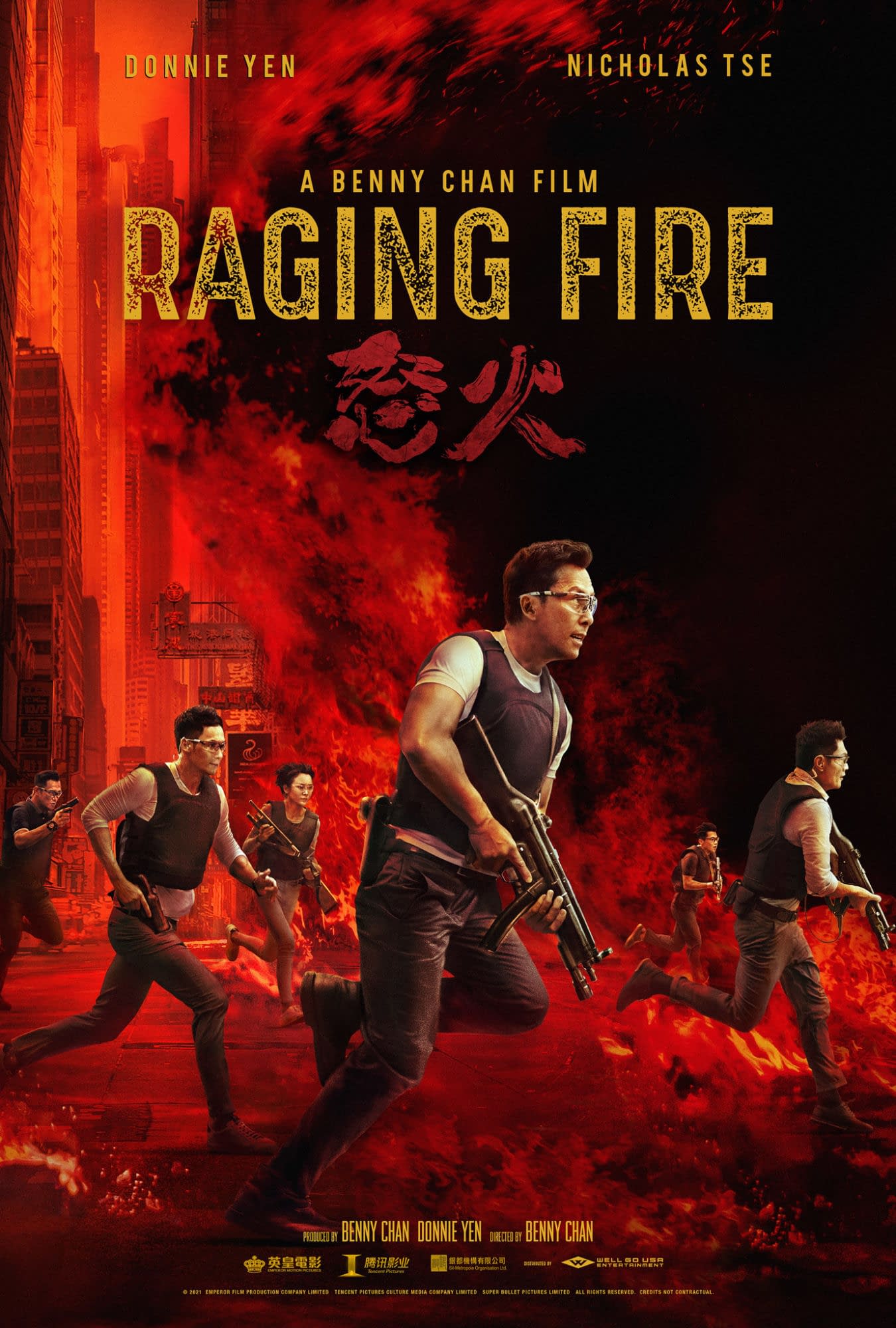