Dilili in Paris left me asking, “What did I just see?” This is an incredibly odd animated film. It's too cerebral for children, yet too haphazardly constructed to satisfy adults. Inventive visuals carry it to a point, and director Michel Ocelot certainly has engrossing themes of artistic collaboration and feminine intellect that he wants to explore. The story, however, is so non-sensically structured that those benefits are consistently undermined.

The main character is Dilili, a biracial girl from New Caledonia who stowed away on a ship to France. She comments that she was too light-skinned to be accepted in her homeland, too dark-skinned to be accepted in Paris. In the film's first ninety seconds, before anything has had time to be properly established, a stranger named Orel walks up and says he wants to get to know her. The characters then talk about a nefarious gang called the Male Masters that has been kidnapping young girls around the city. They decide that they should find them. This comes out of nowhere because there's no build-up to it. Dilili and Orel just spontaneously decide to foil this gang.

Their investigation puts them in the orbit of many famous, beloved figures, including Pablo Picasso, Marcel Proust, and Marie Curie. None of them appears onscreen for more than a minute, so you don't get to savor the fantasy idea of a kid meeting some of the great minds of the era. Eventually, the scheme of the Male Masters is revealed in a long, exposition-heavy sequence that's surprisingly dark when you contemplate it.

Dilili in Paris has a plot so disjointed that it feels as though major chunks of it are missing. Compounding the problem is off-puttingly stilted dialogue. No one in this film speaks as a real human being would. (Dilili: “Would you mind if I played with my jump rope while we make conversation?”) The English-language voice actors don't help, reading every line with a fake chirpiness.

By far, the movie's best element is its animation. The characters have a hand-drawn look but were animated by computer. The backgrounds against which they move are actual photographs of Parisian locations. It's an inventive and effective symbiosis. Dilili in Paris also manages a few humorous scenes via this process, most notably a bike chase through the city streets.

Those eye-popping visuals would serve a strong story remarkably well. Unfortunately, the plot is hurried to a frustrating degree. Looking at Dilili is the only substantive pleasure to be found.

Dilili in Paris is rated PG for thematic material throughout, some language, peril and brief smoking. The running time is 1 hour and 35 minutes. 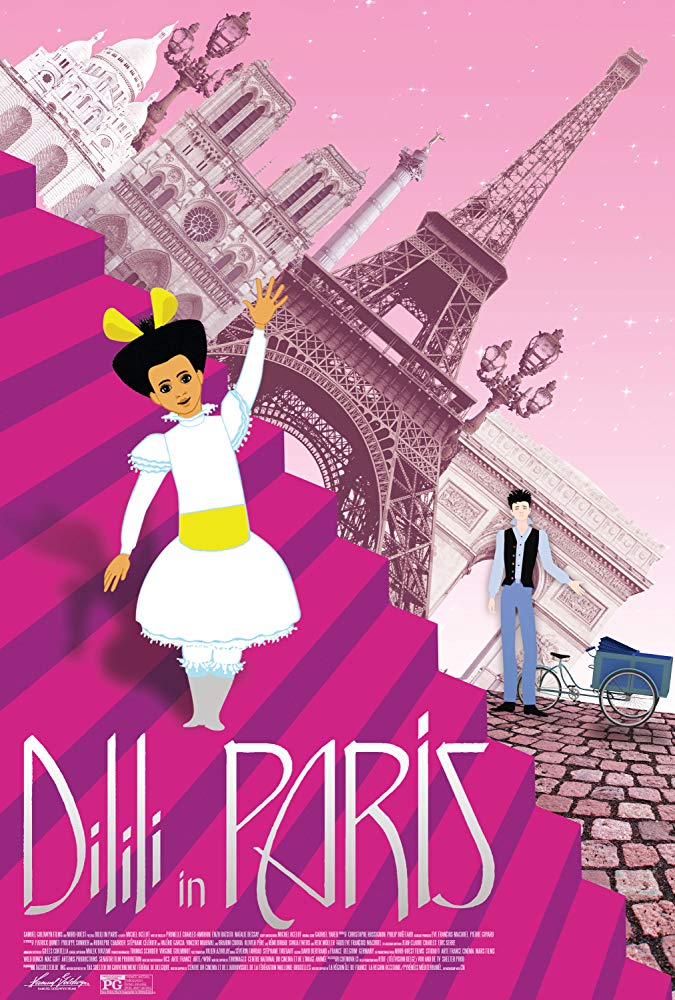