Let's abandon traditional definitions of "good" and "bad" when considering The Devil Conspiracy. They don't apply in this case. The movie is preposterous, and ludicrous, and heavy-handed, and patently absurd. Nevertheless, I enjoyed it precisely for those reasons. To be clear, I'm not talking about a case of "so bad, it's good" here. No, I believe writer Ed Alan and director Nathan Frankowski made the exact film they set out to. It's meant to be a big, crazy, fire-and-brimstone adventure. Take the film at its chosen level and it's a load of fun.

Wait until you hear this premise. A scientist named Dr. Laurent (Brian Caspe) has figured out how to extract the DNA from famous historical figures. He uses it to produce babies, who are then put up for auction. (Yes, there is literally a scene where rich people bid on Antonio Vivaldi's genetically-created offspring.) Laurent is tied in with a group of Satan worshippers who steal the Shroud of Turin to obtain the DNA of Jesus. Immediately afterward, they kidnap a graduate student named Laura (Alice Orr-Ewing) and forcibly impregnate her so that Satan can inhabit the infant, thereby gaining entry into the mortal world. Yes, he's so powerful that only the body of Christ will be able to contain him.

If you think that sounds nuts, The Devil Conspiracy is just getting warmed up. The details of how this scheme is carried out and how Laura attempts to free herself of forced Rosemary's Baby-ism are outrageous. I won't get more specific because discovering the surprises is half the fun. Rest assured, every time it seems the plot can't get any more bonkers, it somehow finds a way. Just wait until you get a glimpse of the moment when the pregnant Laura's water breaks. And the scene where she gets an ultrasound. And the...you get the picture. Multiple times, I cackled with delight at the insane, unexpected places the movie goes.

An amusing literalness about the Biblical concept of Hell is a key component in the entertainment value. The film opens with a dramatic visualization of the archangel Michael (Peter Mensah) falling from the sky, smashing through multiple layers of dirt and rock. He lands in Hell, where he defeats Satan (Joe Anderson), leaving him chained to a rock. Later scenes come back to the fiery underworld, where winged creatures fly through the dark sky and hot embers blow in the wind. The Devil Conspiracy's theology is black-or-white, with no gray area. Satan is very real, and he's intent on conquering the Earth once he gets free of his shackles and enters his human vessel. Michael, meanwhile, inhabits the body of recently deceased priest Father Marconi (Joe Doyle) and attempts to prevent the birth. Good and Evil are set up to fight, with nothing less than the fate of all mankind hanging in the balance.

The film doesn't feel a need to explain many lingering questions, like who, specifically, these Satan worshippers are and how they let the devil know of their DNA plan so he could cooperate with it. Neither do we learn how their cloning process was created, how it's funded, or how they let their ultra-wealthy clientele know the babies are up for auction. (Is there a catalogue? A website?) Who has time for that when there are demons to be fought, shootouts to be had, and a desire to show a Jesus fetus taking in all this madness from inside the womb?

It wouldn't be a stretch to call The Devil Conspiracy a faith-based horror movie. Violence, gore, and ominous creatures are common, yet there's also a reverence for the Shroud of Turin, as well as a finale that suggests faith in Jesus is the surest way to vanquish Satanic forces. All I know for sure is that the film entertained me greatly with its unbridled lunacy. I've worn out my thesaurus finding different words for “crazy” to use in this review. That tells you something. Anyone with even a moderate interest in gonzo cinema needs to get The Devil Conspiracy on their eyeballs as soon as possible.

The Devil Conspiracy is rated R for strong violent content, some gore, and language. The running time is 1 hour and 51 minutes. 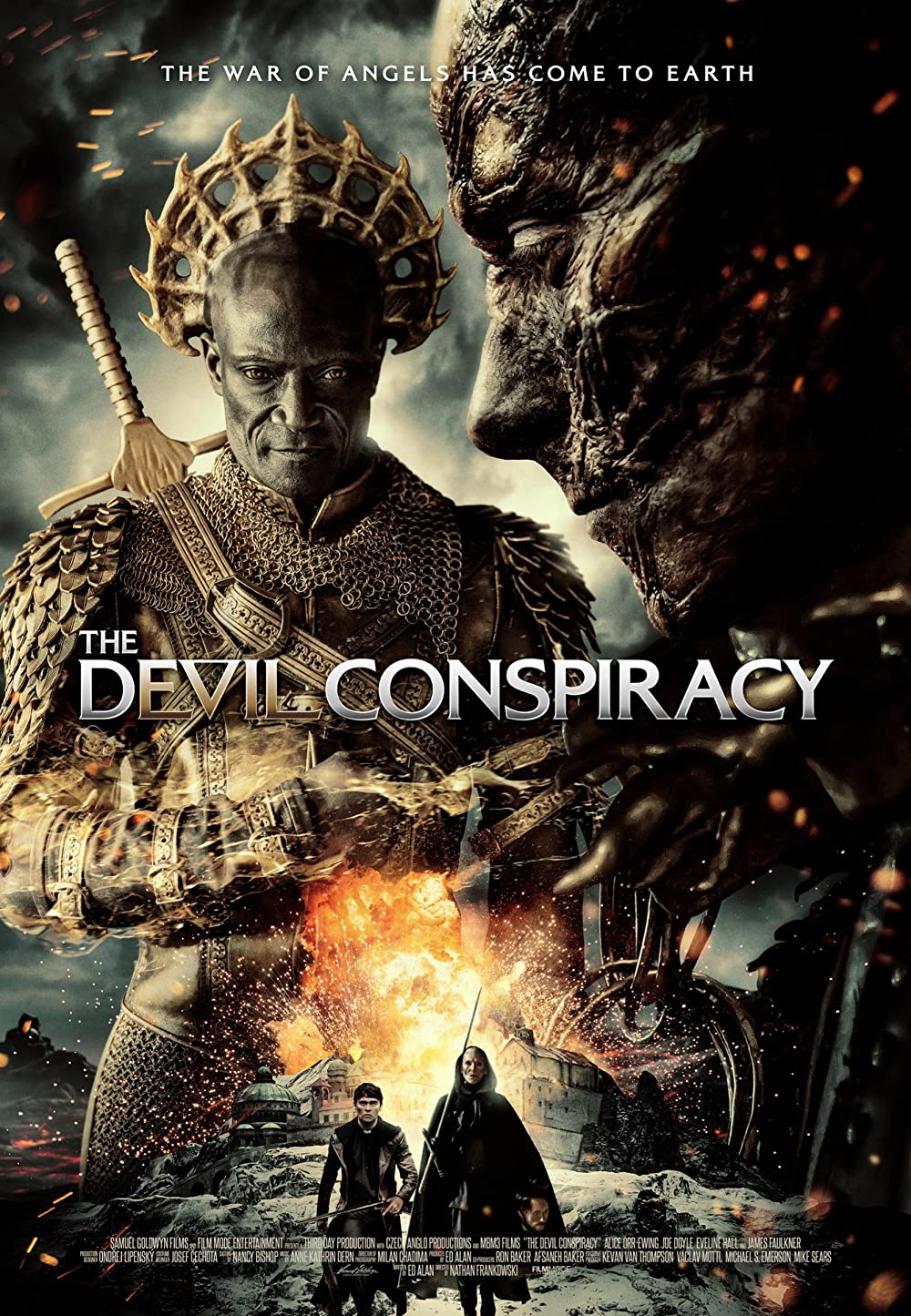